Until now, we could only specify port binding when building images to start containers. The create container wizzard now includes several options enabling configuring volumes, environment variables, restart policy and settings on networking and security. It is also possible to reuse an existing (and already configured) a network when creating containers.

Kubeconfig path location is now configurable from Settings > Preferences > Kubernetes: Kubeconfig and can be set to a custom path. By default, Podman Desktop use the path $HOME/.kube/config for the Kubeconfig file. 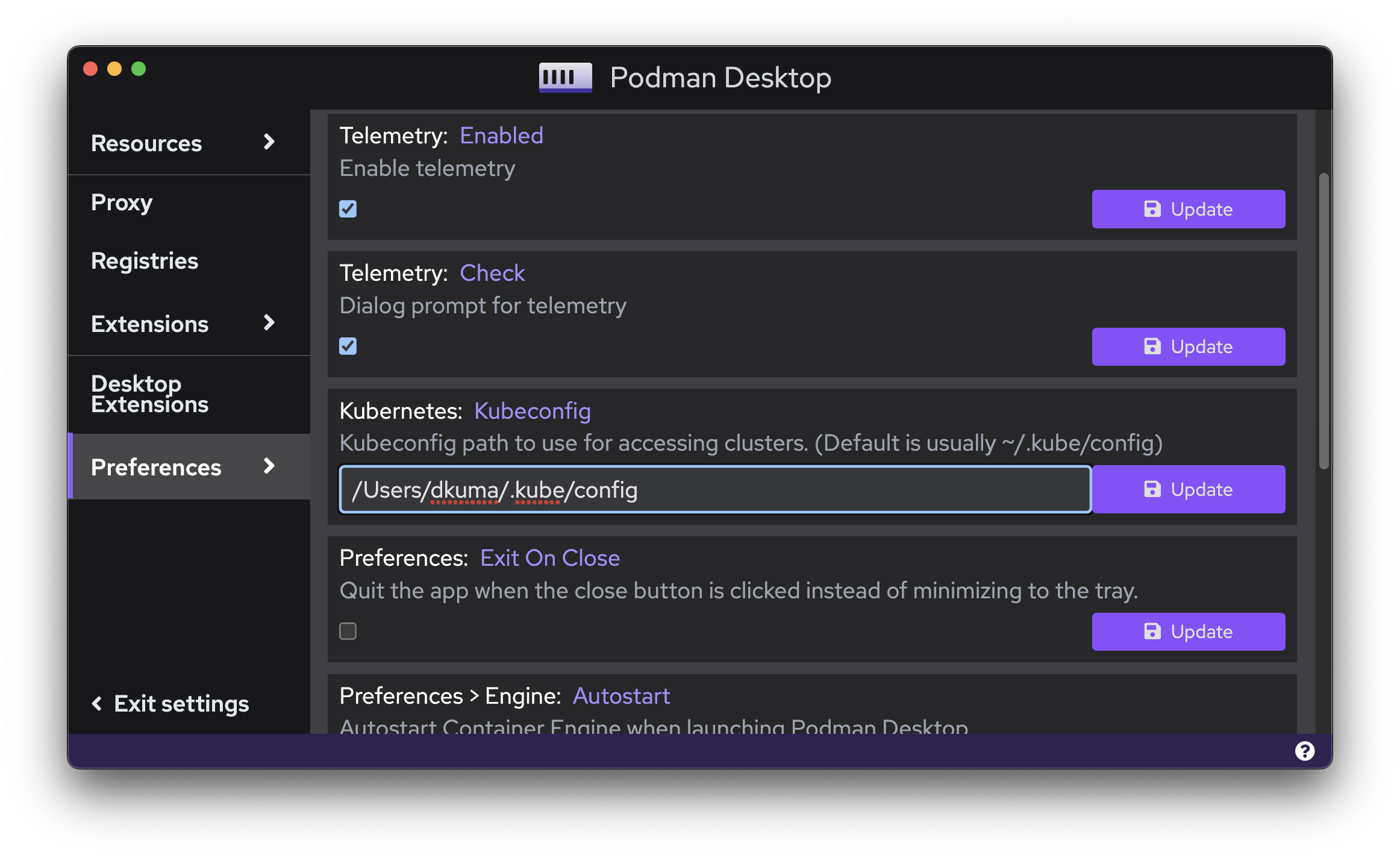 Podman Desktop enables to play existing Kubernetes YAML files. This is now available from Play Kubernetes YAML button added to the Pods list, in addition to the Containers list.

The registries configuration UI has been revamped. Instead of using tiles for displaying the registries, now it uses a list where each registry can be added or edited directly in the list. The kebab menu provides options to edit or remove a registry from the list. 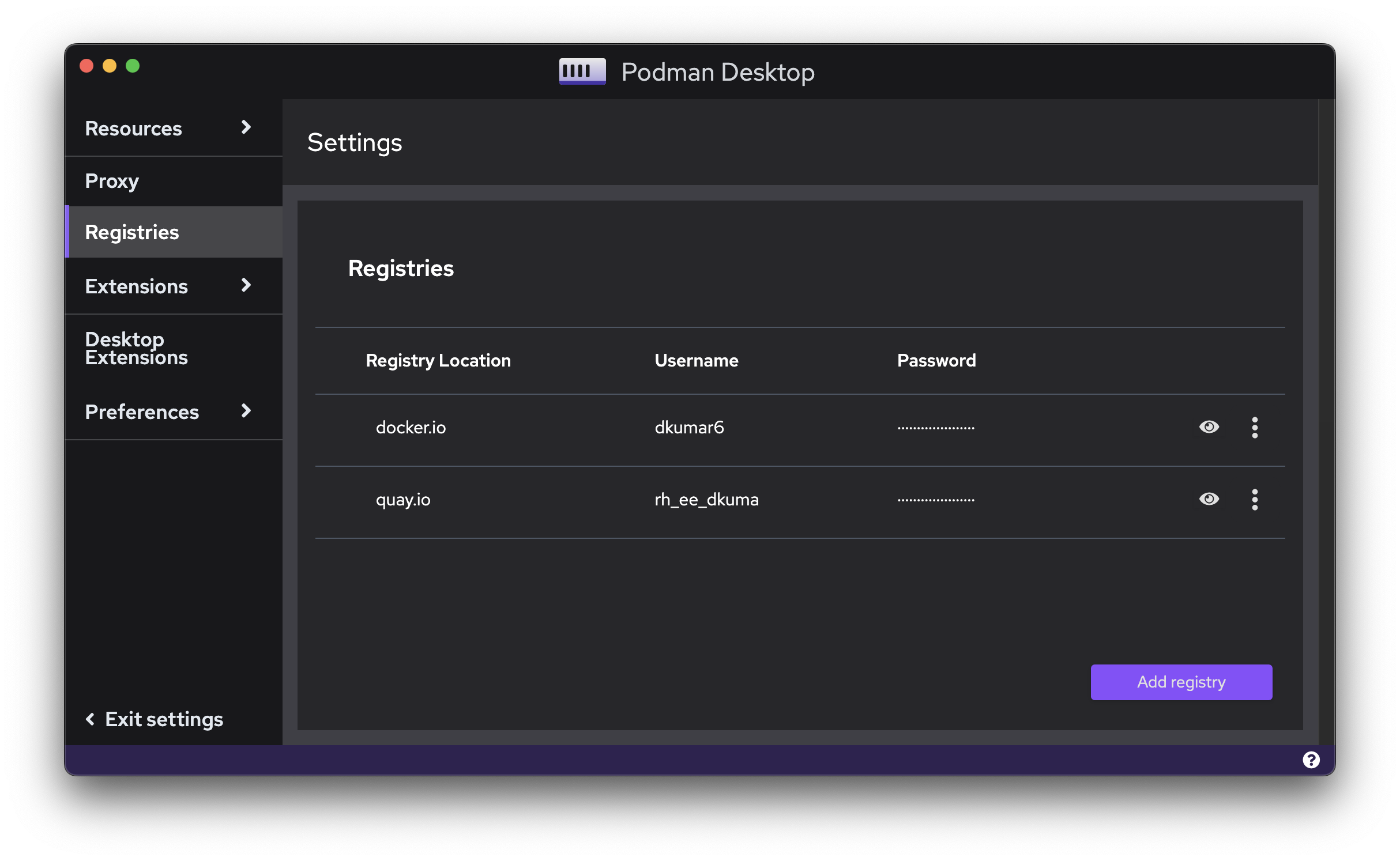 To reduce the width used in the lists when displaying all the icons, main actions icons are now always displayed (before it was on hover) and the secondary actions are displayed in a kebab menu. For example Start/Stop and delete are primary actions while open the browser, inspect, generate kube yaml, etc. are secondary options. 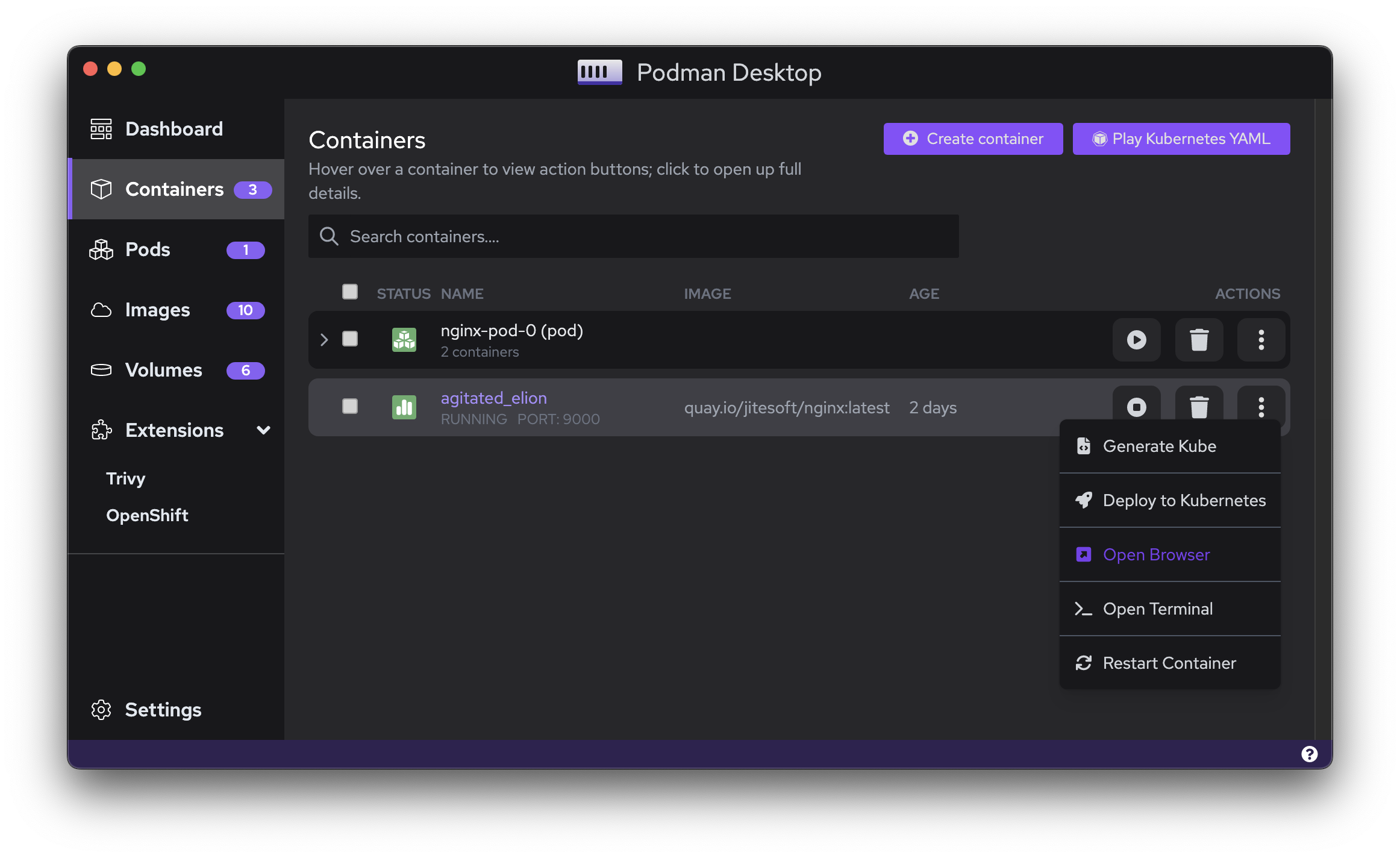 Delay appearance of text in navbar (#767)

When minimizing or expanding the navbar, the text was overlapping for a few second the page. Now it's displayed with a fading animation.

In the Images page, on hover for both the image and the name column, the text contrast has been increased for better visibility: violet indicates that you have selected it.

On Linux and Windows, the menu bar is now hidden by default (#668)

With this change, the menu bar looks more integrated to the Operating System. The menu can appear if you hit the Alt key. Thanks to Dylan M. Taylor for contributing to fix this.

For most users on Linux, there is no tray icon support. In this situation, when closed, Podman Desktop continues to run in background. Dylan M. Taylor added a property to exit the app by default when clicking on the close icon. For people having tray icon support or with the desire of a different behavior, it is possible to disable it from the Settings.

🎉 We’d like to say a big thank you to everyone who helped to make Podman Desktop 0.10 even better:

The complete list of issues fixed in this release is available here.

Get the latest release from the Downloads section of the website and boost your development journey with Podman Desktop. Additionally, visit the GitHub repository and see how you can help us make Podman Desktop better.